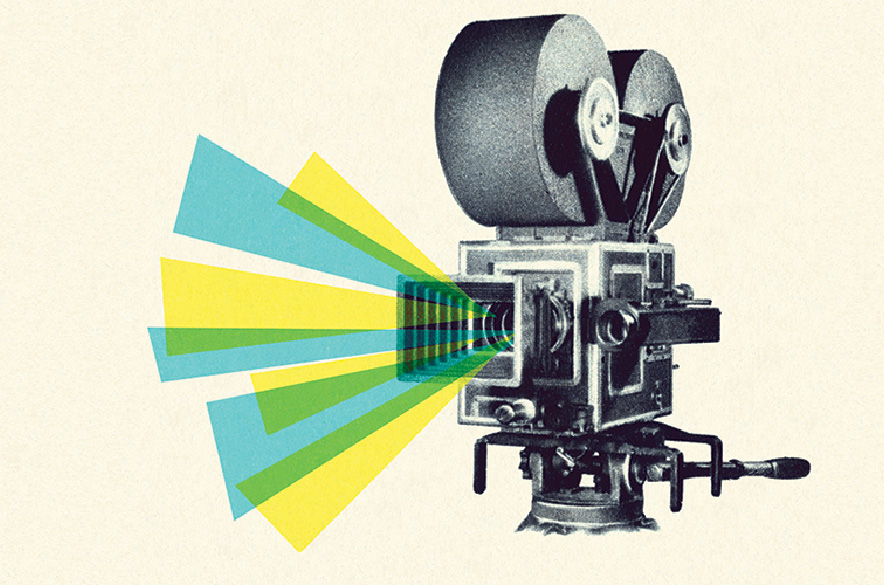 As a film-maker and storyteller, it is both a privilege and an honour to witness so many people who work in service of a better world, and to help share their stories. Right now, in Australia and indeed globally, there’s a big, audacious story that needs to be told because of its potential to transform the world we live in: the story of the Aussie social enterprise movement.

According to our friends at Social Change Central, there are more than 20,000 social enterprises now operating, and that’s just in Australia. It’s certainly an exciting time to be part of this movement and we are witnessing somewhat of a social enterprise boom in this country, and around the world.

However, despite the ever-increasing growth and interest in social enterprise, the movement is yet to reach its full potential as a catalyst for widespread change. Why? I believe it’s because we’re not telling the story well enough, yet. With the 2019 Social Enterprise World Forum upon us, and a large Aussie delegation taking part in proceedings in Addis Ababa, it’s time to talk about the power of story to unlock the promise of social enterprise for a better, more prosperous world.

Storytelling is required to launch and scale innovation or change of any kind. This is not only because stories create empathy and connect us with other people and experiences,  but because they engage our imagination and unlock new possibilities.

In my experience, social enterprises have some of the best stories to tell. From stories of people whose lives are changed through the dignity of opportunity and connection created by social enterprise; or even perhaps a story from a Founder about why they do what they do – stories engage our consciousness in a way mission statements and spreadsheets can only dream of.

Telling the brave and bold stories of the social enterprise movement helps to provide the fuel required to keep building its momentum. We are all storytellers in some way or another so, whatever it is, tell your social enterprise story and tell it with heart.

Stories help to bring people together by providing a bridge between ‘the problem’ and ‘the solution’, or between the past/present and the future. They can also offer a path to get there. As the stories we tell about the power of social enterprises start to coalesce into broader narratives, more and more people will join the movement for this much-needed systemic and planetary change. In this way, social enterprises are the kind of businesses that we need right now to create a world that is more inclusive, where more people prosper instead of just the lucky few, and does less harm to people and the planet. This is the root of our power as storytellers, and this is the story we need to be telling so that we can bring as many people along with us as possible.

Yet stories don’t just galvanise those outside the movement, they galvanise those inside the movement as well. First it was the Forum in Hong Kong in 2016. Then Christchurch in 2017, Edinburgh in 2018, and now Addis Ababa in 2019. For the past four years we’ve been addicted to these global gatherings of social enterprises from around the world because of one very simple reason: the powerful stories we get to hear. We then have the privilege of turning that into a crowd-sourced video that captures what it’s all about. By telling the story of the Social Enterprise World Forum, we as a global community of social entrepreneurs can see ourselves as part of a broader fabric of positive social change. In other words, let stories galvanise us.

Making progress on many social change issues can feel slow going but, once enough people are on board, movements reach a tipping point. Powerful storytelling is a critical way that we can tip the scales of change; the recent Global Climate Strike being a good example. That’s why when we talk about movement building and systemic change – story has to be part of it.

In many ways, up until now, it seems like business has been the enemy in terms of contributing to and creating many of the inequities and injustice we see in the world. While much remains to do, social enterprises are building stronger societies and more robust communities where well-meaning but ill-equipped governments are failing.

Telling the story of social enterprise helps us serve the broader social change movement by better connecting people to why we are all passionate about harnessing the power of business for good. Shaping and sharing a collective narrative that shows the benefits of social enterprise helps to ensure that business is no longer an enemy, but an ally of the positive and impactful change that we need to urgently create in the world.

New forms of collective and co-created narratives show how we all have a role to play in creating that change. There are no heroes we’re waiting for. The new hero is us, all of us, together. Together, we need to tell stories of our unique social enterprises that engage the collective imagination and galvanise people. Without it, we will never know the full potential of what we are trying to create. Businesses working for a more equitable, just and peaceful world for all. Now, that is a story worth telling.

Mikey Leung and his team at Digital Storytellers are on a mission to co-create a better narrative for the world using the power of storytelling. Drawing on the deep and spiritual roots of storytelling, the team create impactful stories and films that showcase and help scale positive change to inspire a flourishing world.

3 Ways Study Can Scale Up Your Social Entrepreneurship Journey