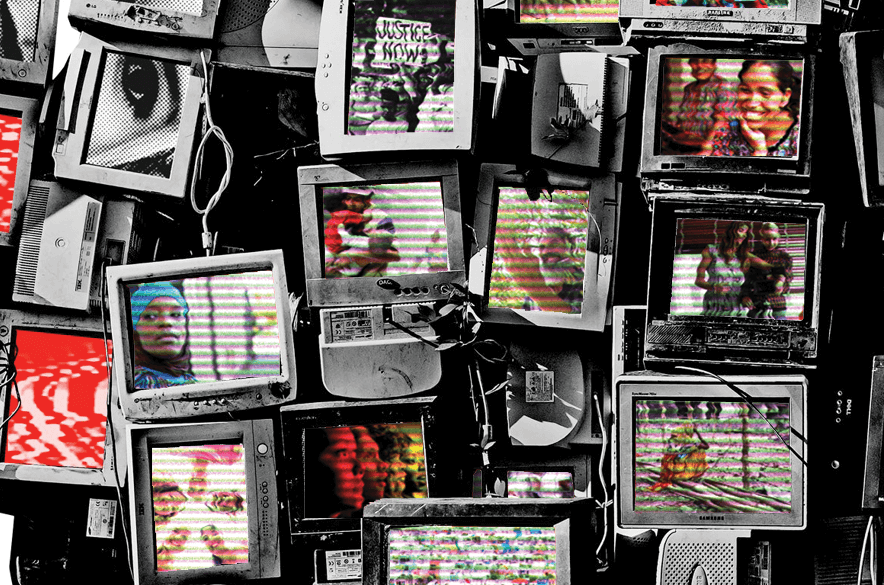 Who doesn’t love a good doco? In the social impact world, some of our best ideas and our greatest motivations come in the form of inspiration found in the strategies, reach, and stories of other organisations and individuals making a difference.

We live in a world where awareness of real-world issues is more accessible and shareable than ever—all thanks to documentaries. From Oscar winners to indie favorites, here are 13 of our favourite documentaries for social entrepreneurs.

Thank You For The Rain

Thank You For The Rain follows Kenyan farmer Kisilu Musya for five years as he, his family, and his village are impacted by climate change. In the face of droughts and floods, Kisilu eventually loses his house to a violent storm. The storm changes everything—Kisilu starts a community organisation, becomes an activist, and makes it all the way to the COP21 in Paris.

Drawing upon the stories of a variety of divers, scientists, and photographers, Chasing Coral takes viewers on an ocean adventure to take a look at how coral reefs are disappearing at an unprecedented rate.

Before food documentaries were even ‘cool,’ Food Inc. was setting the stage for those that would follow. Exploring neighbourhood food movements, organic food giants, and ‘big food’ lobbyists, Director Robert Kenner took viewers on a journey to food policy, entrepreneurship, and activism.

This Kickstarter-funded documentary takes a look at ‘fast fashion’ and as the name suggests, explores The True Cost of the global clothing industry. Centred around the 2013 Rana Plaza catastrophe that killed more than 1,100 textile workers, this has been one of the best documentaries to ignite a global conversation around fashion and its environmental and social impacts.

Following several high-school-aged girls from all around the world, Codegirl shows girls making changes to their lives and their communities through their love of technology. Each interested in becoming a programmer, calculator, coder, and compiler, and faced with a gender gap that’s widening in the sector, this demonstrates what it is to be truly inclusive.

Real Value asks questions—questions about value, the bottom line, and impact. Featuring interviews with business leaders from around the globe, this award-winning documentary takes a look at what it means to be socially minded. Demonstrating that any business can incorporate social responsibility into their operations, this is a great documentary for any type of enterprise.

A pair of Icelandic entrepreneurs made their way around the world to shed light on the start-up and small business world. With a particular focus on young people, they interview the founders of Dropbox, Soundcloud, and Vimeo, to name just a few. If anyone’s in need of some start-up motivation (and the occasional laugh), this documentary is for you.

This documentary follows the story of three gang members who became activists as they respond to the inner-city crime epidemic in Chicago. Ameena, Eddie, and Cobe are fighting a seemingly out-of-control issue, and become braver and more determined along the way. The Interrupters takes a look at localised action—reminding us all that sometimes, the biggest impact is needed right outside our front door.

Documenting the global race for a clean energy future, Catching the Sun takes an eye opening look at entrepreneurs and workers in the U.S. and China as they search for solutions to some of the world’s biggest problems—inequality and climate change. With inputs from various other entrepreneurs from around the globe, this documentary looks at all sides of the clean energy argument.

Living on One Dollar

This award-winning documentary follows four friends as they travel to Guatemala and do the impossible—live on just $1 a day for two months. One of the best insights into what it means to live in poverty, this documentary is eye-opening—to say the least. If you want to experience goosebumps, laughter, and tears while witnessing a beautiful story, check out this documentary.

This Oscar-award winning documentary takes viewers to the front lines of the Syrian Civil Defence. Following brave rescue workers in their daily activities, this 40-minute documentary is long enough to show both wreckage and deep, deep compassion in the lives of these Aleppo residents.

This brand new hybrid documentary features authentic interviews with three young people as they start businesses to tackle homelessness, environmental pollution, and poverty. Even better, the documentary itself is a social enterprise! One quarter of all film proceeds will support disadvantaged young filmmakers from all around the globe with training and equipment.

In My Blood It Runs

The documentary film In My Blood It Runs examines the problems faced by Indigenous children when taught entirely from the state/territory education curriculums. The film’s central focus is 10 year-old Dujuan Hoosan who lives with his family on Arrernte Country on the outskirts of Alice Springs. Shot over three and a half years, it watches him travel ‘perilously close to incarceration’ and shows his family’s fight to give him a strong Arrernte education alongside his western education…’

After you find yourself astonished, inspired, and energised, use that passion to help support a strengthened and connected Australian social enterprise ecosystem. Let the stories from these documentaries fuel you as you explore new opportunities and connect with other organisations and individuals who are using business to create positive social change.

Why Green Tech is the Restart to the Economy We Need

The Best of Social Impact: Must-Read Articles of the Month (July 2020)

Whether it's opinions on...

What is a Social Enterprise? You Tell Us.

Whether you’re a seasoned...