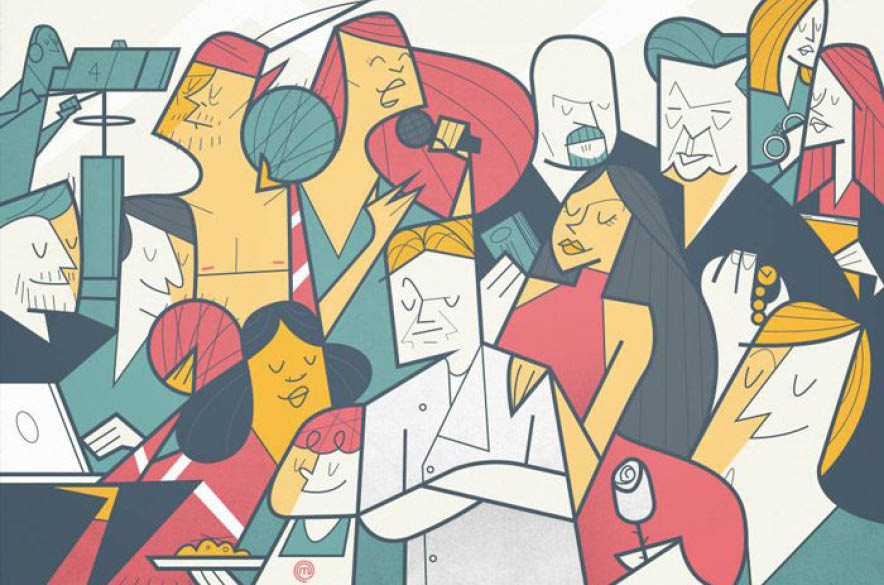 Just like we did last year, here’s our attempt to wrap up 2017 with some of the year’s most worthy headlines. Skim them again or read for the first time for some social change inspiration. A big thank you to all those brave individuals who are committed to working on innovative solutions to society’s most pressing social problems. We can’t wait to see what happens in 2018.

Obviously we couldn’t read everything and there will no doubt be stories that we missed. If you read about an Australian social entrepreneur kicking butt in 2017, please add your suggestions (along with the URL to the original article) in the comments section.

This Social Enterprise Is Giving the Homeless Who Can’t Afford a Funeral, a Proper Farewell

On the back of over two years of trials, a new social enterprise Potter’s Field Funerals launches to provide a financial boost to the limited state funding for destitute funerals.

An Australian social enterprise, which delivers life-changing products including solar lights and water filters to families living in slums across India, partners with one of India’s leading philanthropic organisations to shine a light on the slums of Lucknow.

Why Adrian Merrick, head of EnergyAustralia’s retail business arm, left the big leagues to start a social enterprise energy retailer promising to direct more than half of its profits to community causes or renewable energy.

Social impact strategist with the University of Canberra’s social enterprise incubator The Mill House visits Bega to share her own unique story and connect with people with an interest in social enterprise.

A cafe in a container could be a “circuit breaker” for young people in need of a kickstart in life. Kick Start Cafe in Riverwood is a social enterprise, run by property developer PAYCE, offers paid training to disadvantaged youths.

In September, over 1,300 social entrepreneurs, practitioners, policy makers, community leaders, investors, activists, and academics from around the globe, descended on Christchurch, New Zealand for the Social Enterprise World Forum 2017. Here’s a summary of some of the most memorable quotes from speakers and attendees. After all, why repackage thought leadership when the thought leaders can say it in their own words?

Michael Combs set up CareerSeekers under two years ago, and it didn’t take long to catch on. To date, 170 interns have been placed in 38 companies including Lendlease, IAG and Ericsson.

Want to Work at a Social Enterprise? Tom from 40k Tells You How

How Social Enterprises Are Building a More Inclusive Australian Economy

There has been little hard data or research on the social enterprise sector or its impact… until now.

On the surface, Incredible Edibles looks just like any other contract catering business. But look behind the platters and this business has a story that runs much deeper.

The Act of ‘Doing Good’ Ripe for Disruption

With governments struggling for revenue, NGOs finding they can’t fix some of society’s thorniest problems, and companies under pressure to act ethically and responsibly, South Australia’s newest thinker in residence believes the state has an opportunity to find a new way to make a difference in the world.

In 2014, Katy Barfield launched Yume Food, a social enterprise connecting businesses with surplus produce to businesses that can use it. Having secured $2.6 million in funding to further develop the business, she’s certainly on to a good idea.

Two great Aussie companies on a mission to do good team up to offer customers a delicious beer and burrito combo that delivers “double the good.”

A new mobile coffee cart will be doing the rounds of local markets and festivals as part of a project to provide employment and training to some for the most disadvantaged people in the northern rivers community.

The Eyes Have It: How Staring at Strangers Became a Global Movement

Taking cues from Marina Abramovi? and ancient meditative practices, an Australian organisation is taking its eye-gazing events on the road.

Moeloco Improves On The ‘Buy One, Give One’ Model And Inspires With Its Shoes

Moeloco manufactures and distributes colorful rubber flip-flops decorated with inspirational messages. For every pair of its shoes sold, Moeloco donates a pair of locally-made, covered canvas shoes to Indian children in need. This take on the “Buy One, Give One” or “BOGO” business model reduces administrative costs and drives business to local shoe manufacturers.

“The history of dress is a history of protests,” wrote Quentin Bell in 1951. From first wave feminists to the Black Panther movement’s “black is beautiful” rallying cry, to #dresslikeawoman, style has long been used to challenge prevailing social norms, and the same is true today. Here are just a few people using fashion right now as a tool for change:

The Foundation for Young Australians’ report How Young People are Faring shows that in 1986 it took on average 1 year to transition from full-time study to full-time work, a transition that now takes young Australians on average 4.7 years. FYA speak to two young innovators who are starting to challenge the way young people approach their working lives.

A series of events that have led to a “game-changing” moment for one of Canberra’s favourite businesses, GG’s Flowers. The social enterprise, which employs people with special needs, has landed a big contract to supply more than 1000 Christmas hampers for travel giant Flight Centre. The order has meant doubling the number of employees working at the business.

Young Changemakers Reach for the Stars

A NASA astronaut gives advice to the next generation of Australian changemakers at a celebration recognising young trailblazers who are leading and creating social change in communities, industry and public life, across this country and beyond.

Refugees Are Helping Others in Their Situation as Social Entrepreneurs

While on the run from war, persecution and natural disasters, refugees are creating organisations and enterprises that train and offer jobs to fellow refugees, giving them a fresh start. And it’s these enterprises that are also helping countries to overcome some of the challenges of economic and social integration.

Two Melbourne-based social workers develop a ‘TripAdvisor-style’ website allowing people with disabilities and their carers to rate and review support services on offer.

A Fresh Start for Former Offenders

With burgeoning sales, successful crowdfunding initiatives and celebrity endorsements from Richard Branson to Malcolm Turnbull, The Good Beer Co and OceanZen are proving that green is the new black in startup world.

What does one do when faced with a serious personal trauma? Some might retreat into their shells, some might rebel, some might pour themselves into work or a big project. The latter is exactly what Toby Whittington did when he co-founded Green World Revolution in 2012, a not-for-profit environmental social enterprise that helps create jobs for the unemployed and delivers fresh produce (on bicycles) to more than 30 cafes and restaurants around the city. GWR now employs eight staff, six of whom were previously long-term unemployed people.

South Melbourne-based anti-bullying organisation urges people to “step up” and stamp out hate and prejudice through its new “digital classroom”.