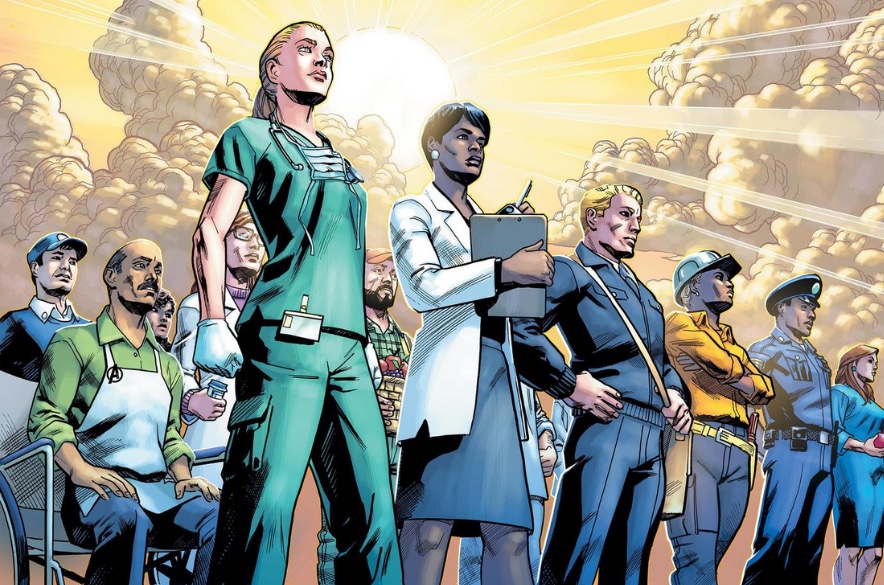 The Westfield Local Heroes program is back for its fifth consecutive year! The program (one of our personal favourites!) shines the spotlight on individuals who have a positive effect on their community or environment, raising awareness of their work and providing a platform for community recognition. Since launching in 2018, the program has recognised and celebrated a total of 489 Westfield Local Heroes, with $4.88 million in grants distributed to the organisations they represent.

Across Australia and New Zealand, Westfield will provide a whopping $1.26M in Westfield Local Hero grants in 2022! In nominating a local hero, you not only give a hardworking member of the community the recognition they deserve, but the chance for their cause or organisation to step into the spotlight. In this post, we showcase some alumni so you get a taste of what it takes to be a local hero.

Terry Cornick felt uneasy when a friend teased him about being “Mr Perfect” and having it all. The friend did not know his history or his problems, and Terry wasn’t sure how to talk about them, or the pressure men can feel to be perfect. “I felt I had lost connection with the world a little when I was going through some struggles,” said Terry.

Mr. Perfect was born when Terry opened up to his mates in the pub, and they had their own troubles to share. The idea behind the movement is to reduce isolation in men by arranging BBQ get-togethers where friendships can form and people can share their mental health stories if they wish.

For Terry, one of the most gratifying things about being voted a Westfield Local Hero is for his efforts to be recognised by his own community. “It shows there are people who care about what we do,” said Terry.

Mr. Perfect has meetup BBQs at more than twenty locations around Sydney and New South Wales, but the Northern Beaches is where Terry lives. One of the flagship BBQs is held at the local Freshwater beach. Terry says he wants his two young sons to grow up in a community where they can reach out socially for support for their mental health should they need to.

Terry Cornick was a 2019 Westfield Local Hero and used the grant to fund almost one hundred Mr. Perfect BBQs at five locations! Leveraging the exposure and traction, Mr. Perfect has now expanded into the digital world and complements its BBQs by offering online support for men and their families through blogs and forums.

Shantelle Tagg believes no one should be stopped from enjoying the magic of dance because of disabilities or a lack of money. “After seeing how much my daughter responded to music and movement, I started Shimmy Shakes to try to bring the love of dance to all children,” said Shantelle.

Shimmy Shakes Dance Studio, which keeps its fees low and welcomes boys and girls who cannot join regular classes, offers uniquely inclusive classes where teachers use sign language, there’s a high staff-to-student ratio and a low-sensory environment designed for children under-five who would be overwhelmed in conventional studios. Shimmy Shakes also offers classes for school-aged children with severe to profound disabilities. These are run in a studio with wheelchair access and no ballet barres or distracting dance mirrors.

“We aim to break down barriers for children with challenges,” said Shantelle, a former professional dancer whose oldest daughter has disabilities.

Bu the classes are not only for the children. Their parents appreciate the opportunity to relax, knowing their child is in good hands with staff who can care for all their needs. “To see the response from parents is astounding,” said Shantelle. “Seeing their children have access to these classes often becomes the highlight of their week.”

On being selected as a Westfield Local Hero Shantelle said, “It makes me realise that we are touching the lives of so many families in our local community, which makes me very happy.”

Hiking into the future

Andy Brittain has spent the past ten years helping at-risk youth turn their lives around through an intensive personal and physical development program delivered by Geelong Youth Engagement.

Andy developed the concept for the year-long program while working as a police officer. The Geelong Kokoda Youth Program finishes with a demanding trek along the Kokoda Trail in Papua New Guinea.

Up to 16 teenage participants are selected from local state high schools who are facing different challenges in their lives which may include struggles with mental health, self-harming, homelessness, anti-social behaviour, family violence, amongst others.

Training for the trek helps build resilience. At the same time, support from positive mentors helps young people grow in confidence and develop a positive attitude. Continued support is offered after the program ends.

The participants’ progress is so profound that Andy gave up his successful policing career to ensure the program continued in the community after the COVID-19 pandemic threatened its future.

Andy is rewarded by seeing past participants continue on to be successful in their adult lives following their involvement in the program.

Grateful to have been nominated as a 2021 Westfield Local Hero, he said, “It has reinforced that I am on the right path. My motivation to do more is getting stronger as there are many more people in our community needing our help.”

Geelong Youth Engagement used its funds to train the program participants in first aid and buy a TV and computer for educational presentations.

An Australian first in domestic and family violence assistance and prevention

Chris Boyle has been named a Westfield Local Hero in 2019 and 2020 by the local community as a result of the work he does to transform the lives of women and children at risk of domestic violence.

“The current systems are not addressing the scourge of domestic violence,” said Chris. Not one to twiddle his thumbs, Chris founded the StandbyU Foundation to harness the power of technology to protect vulnerable families and assure them that their calls for help will be heard and will elicit an urgent response. In a world-leading approach, Chris programs individual safety plans into a safety smartwatch.

If a woman or child at risk activates the watch, it starts transmitting audio and their location so that family and friends included in the safety plan can take action. “We harness the power of families, friends and communities with technology to keep children, youth and adults safe from child abuse and domestic and family violence,” said Chris. As a result of being selected as a Westfield Local Heroes, Chris and The StandbyU Foundation was able to provide 10 watches to vulnerable women and children in the Garden City area.

Off the back of being a twice-successful Westfield Local Hero, Chris created Magnolia Place at Westfield Helensvale, the first multi-service approach to domestic and family violence assistance and prevention anywhere in Australia. At Magnolia Place, people can find the support they need to see a brighter future. It is a safe space created for anyone who has been mistreated or abused by someone close to them or wants to support someone they are worried about. Being located at one of the main entrances to Westfield Helensvale, Magnolia Place will provide a soft introduction to services for people in the local community experiencing family and domestic violence.

After a trying 2021, there’s plenty of love to go around to those who have gone that extra mile. If you know someone deserves to be recognised and supported for the positive impact they make to the local community or environment, now is the time to nominate them to be Westfield Local Hero! But be quick, nominations close Monday 21 March 2022.

Local Council is an...