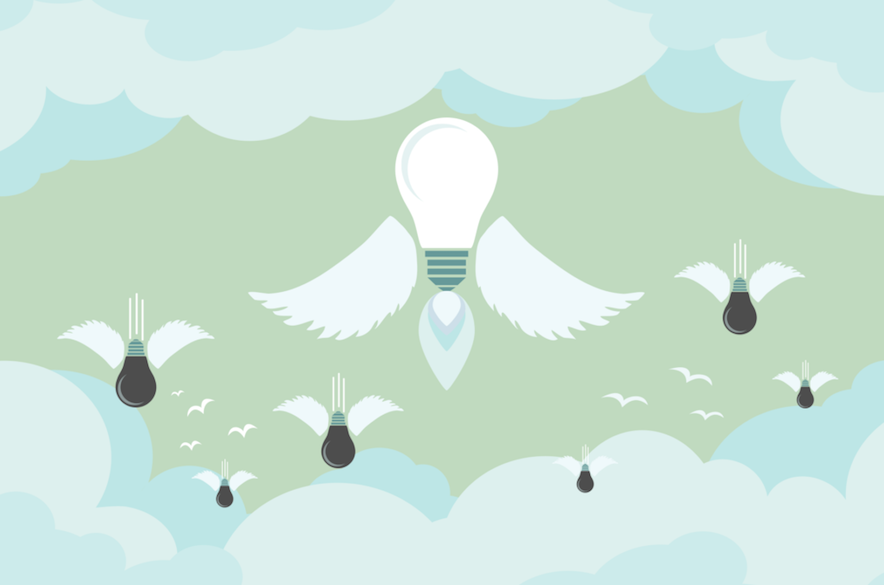 These sorts of articles normally cover the counter-intuitive-yet-obvious-in-retrospect technical advice we all get from mentors: Listen to your customers, nail cashflow, take more early risks, etc, etc. Instead, let’s look at two more insidious and less obvious failures. These stories are of real people, and come from my teaching and professional experience.

I was facilitating a hackathon recently, and one of our delegates was having a rough time.

He recruited a team, had a great idea, but was struggling. His team was pulling in every direction, he barely slept the first night, and he had a minor emotional meltdown on the second day.

He pulled me aside – ostensibly for advice – and went on to explain how life works:

“There are two frogs in a bucket of milk, and they can’t get out. The first struggles, then gives up, and drowns. The second kicks his little froggy legs as hard as he can, even though all he does is froth up the milk. He burns up all his energy, fighting death. But all that kicking churns the milk into butter, and when his strength is nearly gone, the butter is solid enough for him to leap out.”

And with intense, red-rimmed eyes he tells me, “I am the second frog. Things never work out, but I persist, and I hurt, and at the last moment I succeed and I have done amazing things.”

Yet his team was a mess, traction on the idea was patchy, and in the end their end pitch rang hollow. He spent our last conversation explaining how bad the winning pitch was.

I remember looking around the room at all these joyful people, animatedly talking, laughing and working together. There were 30+ other frogs in our particular bucket of milk that weekend. Any one of them would give him a leg up if he’d only asked.

Lesson 1: Social Enterprises fail when their leaders are alone. If a founder talks more about me than us, or even when it’s “us against the world”, it’s going to be hard.

This can be a long term expression of the first failure: Doing hard work while obsessively focussing on the end goal (theoretically good behaviour for an entrepreneur) without getting clear early on why we built this mess in the first place and how our relationships should work.

Equity arrangements between founders and early employees are comparable to marriage; until a protracted legal fight and a complete destruction of our friendship group do us part.

Similar dynamics play out in a larger sphere with individual reputations.

The social enterprise community is tiny worldwide and tinier locally. When your shared LinkedIn connections with a stranger get into the 100+ range you can almost guarantee that person knows every nasty and wonderful thing you’ve ever done.

Maya Angelou nailed the result: When the dust settles people won’t remember what you said, or did, they’ll remember how you made them feel.

At the founder level, breakups are never fair. Everyone did something wrong, and it’s usually traced back to mismatched expectations at the start, or unchecked, changing expectations over time. It’s tremendously difficult for people to not share their grievances with friends and colleagues. Even if the initial feelings dissipate over time, the venting happened.

At the reputation level, damage is done to the offender by loosely linked friends over wine, months after the fact, and it’s entirely possible for a vengeful network to demolish a person’s career without them even knowing it’s happening.

I’ve had dirt-digging calls from complete strangers years after a nasty incident involving someone I know, and I have absolutely no idea how that person found out. Freaky.

There’s a great metaphor teachers use to teach this: the class is given tubes of toothpaste, and asked to squirt the entire contents out on the table. It’s fun, and it’s a mess. They’re then asked to put the toothpaste back in the tube. When that doesn’t work, they’re asked to clean it up, with no help.

Lesson 2: Your reputation is a long term thing, and it’s mostly about how people feel. Ask for feedback more often, and act on it.

Interestingly, the entry process for Kaospilot – one of the world’s best transformational education institutions – leans heavily on learning if delegates listen to and act upon interpersonal feedback.

In conclusion, I wish I had been taught this stuff in school, or mentored on it specifically when I was getting started. I still cringe at ego-driven failures I’ve made in the past, but even more terrifying are the ones I’ve made and still not realised.

Social enterprise is about being in service of the mission and our beneficiaries. We are also in service of our peers, friends, and co-founders.

Will Dayble is a teacher, and founder of The Fitzroy Academy, the online school for social impact dedicated to helping not-for-profits and social enterprises harness the power of digital technology. The academy works with students and educators to teach people about entrepreneurship and social impact. Will is at once a loyal supporter and fierce critic of of both the startup and impact ecosystems.

The Best of Social Impact: Must-Read Articles of the Month (May 2020)

Tips, Tactics and Strategies for Social Enterprise Survival During a Crisis

News and stress about...