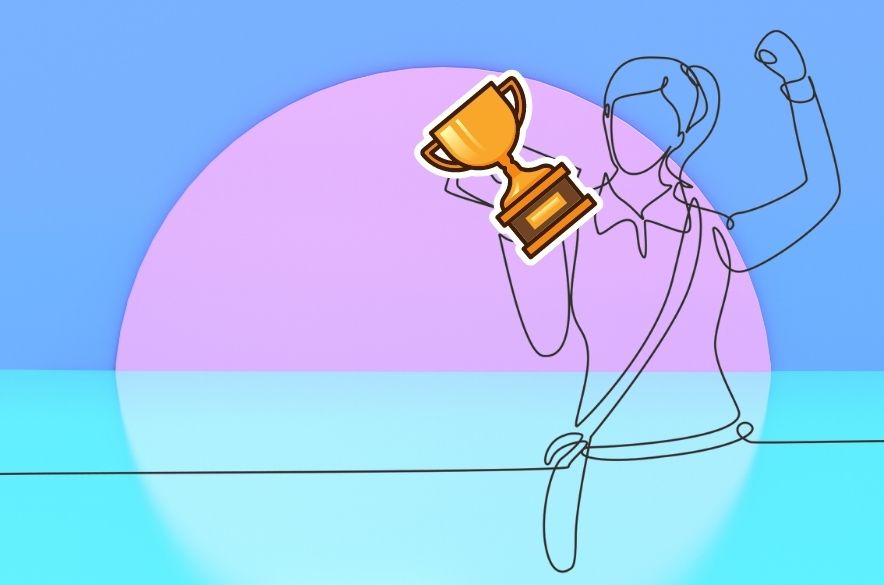 The finalists for these awards were carefully selected by a panel of judges and Moral Fairground congratulates all entries for their contributions to the community and momentum that was garnered from being present at the Ethical Enterprise Conference in 2021.

In early December, Moral Fairground’s Ethical Enterprise Conference showcased leaders in conscious consumerism and the circular economy. ‘The Future is Now’, provided a 2-day networking event and platform elevation opportunity for leaders in ethical business, social enterprise and sustainability at Melbourne University and RMIT. The winners of this year’s Early Ethical Enterprise Pitch Competition were:

The winners of this year’s Ethical Enterprise Award were:

First to be announced was the People’s Choice Award, which was chosen by attendees of the conference by popular vote. Amanda Morglund, Founder and Head of Design and Research at FUNGI Solutions, was the outstanding entry for our attendees with her sustainable solutions to plastic packaging with FUNGI Solutions.

“We are so honoured to be a part of the conference to be recognised alongside other great participants. There was great appetite for innovation at the conference and it was nice to see that people are interested in products and designs that are more circular. We aim to make people feel better about the purchasing decisions with our mycelium solutions,” reflected Amanda.

As a very popular and outstanding entry, FUNGI Solutions was also the impressive recipient of the Red Hat Impact Award, which is set to allow her team to receive a thousand dollars in prize money to support their social enterprise pathway.

We asked Amanda she became interested in mushroom technology, “I was studying fashion design. Trying to grow mushrooms on spent denim. The mycelium was fusing together textile components. So I began tailoring biodegradable suits. I don’t come from a science background, all the mycology was self-taught. I ended up developing the material applications after the Copenhagen Fashion Summit and then was teaching introductory Mycology courses to which we produced Mycelium Made as a short documentary on our work.”

As a sustainable fashion design innovator and former speaker at Copenhagen Youth Fashion Summit, Amanda found her path towards impressive solutions-based work in mycological sustainability practices when studying sustainable fashion to support supply chains end the use of single-use plastic and utilise up-cycled fabric and fungi instead.

“Lots of organisations are starting to use mushroom technology to help foster sustainable solutions to issues such as waste management. It’s nice to have an idea of how this will grow. I thought the whole conference was so well put together and was such a rich space. Invigorating to see how all these networks come together with a lot of identification that it’s just willpower. To bring these actions to be taken. Every role that is played brings these things together,” said Amanda.

The Early Ethical Pitch Competition winner, which aims to support early social enterprises towards a pathway for further growth and success through funding and mentorship, was received by David Titeu from LinkMate. The former BioMedicine student, passionate about health and wellbeing, is currently using his family’s lived experience of mental health to implement LinkMate, an interactive app that connects people with much needed mental health support networks to end loneliness and provide support for those vulnerable to being isolated due to mental health struggles.

In reflecting on how it feels to be the Early Ethical Pitch Award Winner, David said, “Lived experience is so essential to shaping the change we need to see in the system. We feel very blessed first and foremost to receive the Early Ethical Pitch Award. I’ve been following the Moral Fairground for a few years to learn from other impactful change-makers and so to be recognised means a lot towards our work in mental health.”

David, who is currently completing his MBA, believes the future is bright for Linkmate. “In a year’s time, we see Linkmate to be the go-to proactive solution if they need a companion to go to. Due to the long term effects of the pandemic. Will definitely be a part of the conference again. To connect with mentors and the team at Moral Fairground. “We know that harnessing the power of creativity as a catalyst is important and to cross-pollinate at this event with other social entrepreneurs is so inspiring. The way the smaller social enterprises are leading by example and being supported along the way at the conference. It was also great to see other accompanying frameworks from business leaders in the community like Bosch and Australia Post use the SDGs.”

The Ethical Enterprise Award Winner, Humanitix brings together business and charity in the best way possible with intuitive event management and ticketing platform that solves problems for event organisers and lowers costs, while also inspiring attendees to own the impact they’re making through their purchases. Event hosts can use Humanitix to promote and sell tickets to their events, and just by doing so, create tangible impact as 100% of the booking fee profits fund projects like education for disadvantaged kids.

“Our co-founders Adam McCurdie and Josh Ross were best friends from high school, and they founded Humanitix after making a pact to escape the corporate world and do something different and meaningful with their careers. Like many social entrepreneurs, they began by looking for industries with inefficiencies that could be ripe for reinvention. Then they found it: tickets. Event ticketing has always been frustrating for hosts and guests alike and everyone hates booking fees. So in 2016 Humanitix ambitiously set out to disrupt ticketing—for good!” said Jenna, a representative from Humanitix.

For their contributions to sustainability and climate, the esteemed Climate Futures Award was received by Kua Coffee. A social enterprise based out of Uganda to enhance the relationship between coffee farmers and businesses in Australia that can purchase coffee directly to improve funding sustainability for coffee farming.

In his acceptance speech, Co-Founder Darcy Small pointedly remarked, “We all know about carbon footprints, but we try to create impactful handprints”. What began in mid-2017 as two Australian students found themselves spending a study break in rural Uganda they were inspired by the energy, passion and quirks of the people they met, they decided to start something back in Sydney to create more sustainable supply chains for Uganda.

Based out of Sydney, Kua Coffee said on the night that they were stoked to be recognised among other award winners and hope to bring more awareness to the environmental and financial impact that coffee consumption has in Uganda. “Coffee is such a vital part of our community and businesses, so it is great to see the supply chain awareness of this product be more known so people can make ethical choices around which coffee they can consume and see the impact it can have on local farmers,” said Darcy.

In 2021 Moral Fariground were grateful and eager to share a 2 day in-person event hosted by Melbourne University and RMIT, which enabled a series of connections and insights into social enterprises and their role in generating solutions to issues facing our society. From sustainability to mental health, a core part of our community’s post-lockdown experience has been made stronger thanks to the contributions of all entries into the Social Enterprise Awards.

For more information on the finalists and award winners, please check out the Moral Fairground website and their social media presence for interviews with the winners, contact Susanna Bevilacqua susanna@moralfairground.com.au on 0409 943 254.

Here’s our attempt to...