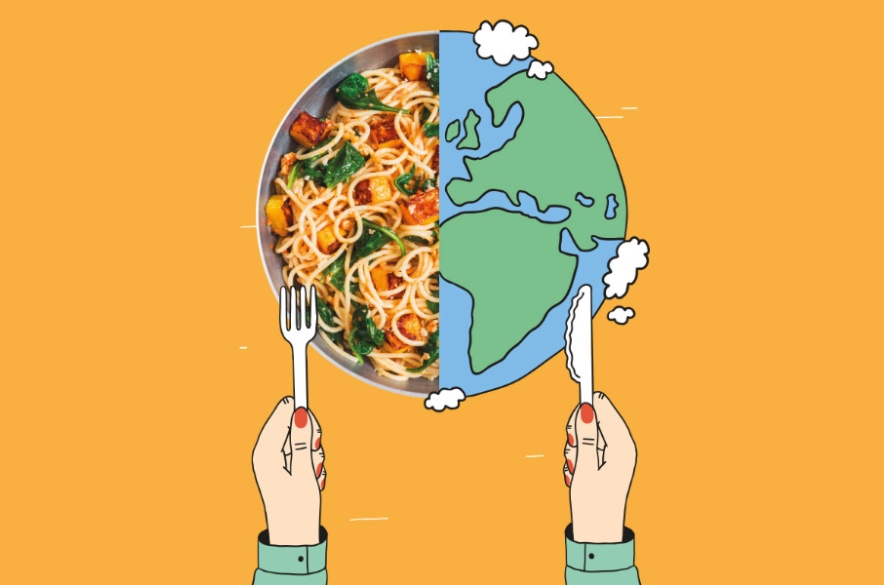 Globally, food waste is a significant problem. Roughly one-third of the food that’s produced for human consumption ends up lost or wasted. Not only does this diminish food security and contribute to extensive economic losses, but it also has an impact on our warming climate. If we were to consider the carbon footprint of food waste as a country, it would be the third largest emitter in the world, just behind China and the USA. Fortunately, there are some Australian social enterprises doing something about it.

The annual cost of Australia’s food waste is roughly $20 billion. Nationwide, we throw away the equivalent of 747 jumbo jets worth of food annually – and this doesn’t even include waste from the industrial and commercial sectors. As consumers, we waste about $3,800 in groceries every year—all while 5 million of us are going hungry.

The problem is clear—now let’s take a look at some of the solutions.

As their name suggests, Eat Me Chutneys is in the business of making pickles and chutneys from biodynamic, organic, and chemical-free food that is excess, funny-looking, and destined to be wasted.

The Certified B Corporation prioritises working with local farms and has obtained Fairtrade certification for some of its ingredients. They’re an all-around sustainable company, using mostly recycled glass for their jars, sustainable products for around the office, and carbon-neutral energy (via Powershop).

While fighting food waste isn’t their top priority, they certainly help to curb the problem! As one of the best ways to minimize wasted food, their planning support can help a family save around $4000 a year—plus all of the environmental savings! They even have downloadable meal plans to help make this happen.

Regardless of how conscious you are with meal planning and grocery shopping, there’s still bound to be at least a little food waste. And this is where Capital Scraps comes in. They collect kitchen scraps and transform them into compost! This minimises the amount of landfill-generated methane and provides a nutrient-rich soil amendment.

The process is simple, after signing up customers get a bin to collect their weekly food scraps in. Then, carbon-neutral transport is used to pick up the bins and the scraps are sent to a composting hub. Finally, the finished compost is donated to local gardens and schools!

Food waste is often linked with another problem in the global food industry: hunger. In Australia, Aboriginal and Torres Strait Islander communities bear a significant burden, with some communities experiencing hunger at rates of 31%—compared to just 4% for non-Indigenous Australians.

Helping to curb this problem, Food Ladder is designed to support these communities with hydroponic greenhouses and horticultural training to grow produce and establish their own social enterprise to create jobs.

Many times, food waste starts at the farm. Working to provide farmers with more opportunities to sell all of their produce, Farm Connect is exactly that: a way to connect sustainable farmers with eaters! Not only does this provide eaters with better food, but it also cuts the size of the supply chain (reducing emissions) and puts more money back in the hands of the farmers (an average of 4x more than conventional markets pay).

After several years of success, they now also have Australia’s first community-owned local food hub, the infrastructure to provide a market for ethical food entrepreneurs and farmers that is completely divorced from market forces.

SecondBite is tackling two huge problems: food waste and hunger. Put simply, they “rescue food to feed hungry Aussies.” They start with edible surplus and unsold food from farmers, manufacturers, and retailers. Then, they distribute the rescued food for free to more than 1,400 Australian charities.

So far, they’ve rescued more than 24.3 million kgs of food, which has provided an amazing 48.7 million meals to people in need!

Bringing together the best of both worlds, this food social enterprise “believes in a world where all good food finds a table.” They work with farmers and food suppliers, helping them minimise waste and instead sell it to retail and hospitality businesses.

Yume serves as the matchmaker, pairing suppliers with buyers. Already, they’ve supported Australian manufacturers and farmers with $6.5 million in additional sales, saved more than 2,860,492kg of food from being wasted, and prevented the release of more than 4,175 tonnes of carbon dioxide!

Ultimately, the award-winning social enterprise has helped to make a dent in Australia’s annual 7.3 million tonnes of wasted food. Not only that, but it’s allowed shoppers to save up to 80% on wholesale prices!

Their name’s a giveaway: this “profit-for-purpose” social enterprise supports people, planet, and purpose by focusing on food and waste technology. With an aim to enhance the mission of OzHarvest, ForPurposeCo. exists to eliminate both hunger and food waste, contributing to long-term positive social impact.

How does it work? ForPurposeCo. starts by looking for food waste problems. Innovative products and services are developed to repurpose food waste, extend the life of produce, or package it in an innovative way. In fact, you may have seen one of their Juice For Good rescued-orange juice vending machines!

Since 2018, ForPurposeCo. has saved millions of oranges from being wasted, prevented hundreds of thousands of carbon emissions from being released, and supported more than 14 Australian and New Zealand businesses in their efforts to reduce food waste.

On the other end of the supply chain, they’ve satisfied nearly 700 customers with their rescued meal-delivery service. They’re also trialling an organic food waste composting service! Their profits support OzHarvest, and with people like Ronni Kahn (OzHarvest’s Founder) on the team, you can expect more organisations to #switch2good with these changemakers.

While the environmental benefits of reducing food waste are enough of a motivator, Green Connect is taking it one step further. The not-for-profit social enterprise helps organisations to reduce their waste going to landfill by enhancing their recycling and composting efforts. The compost is used on their farm, which grows organic and free-range food.

The real impact is that they’re able to provide employment opportunities to former refugees, along with the training and support to help them thrive. In just a single year, Green Connect kept more than 2,600 tonnes of waste out of landfill, distributed 20,628kg of organic food, and employed 106 young people and former refugees.

Within the next couple of years, we can expect Green Connect to continue growing. They hope to continue creating more jobs for former refugees and young people and eventually have a complete thriving fair food hub, equipped with healthy animals, fruit, vegetables, and herbs, as well as a community space and area for workshops and training.

We’re honoured to be supporting these Australian social enterprises who are all Social Change Central members. Making a difference is much easier, together. Become a member today to join a connected ecosystem of changemakers, you can always have your finger on the pulse of opportunities, news, and more.

How to Support Social Enterprise this Christmas

Christmas is a time...